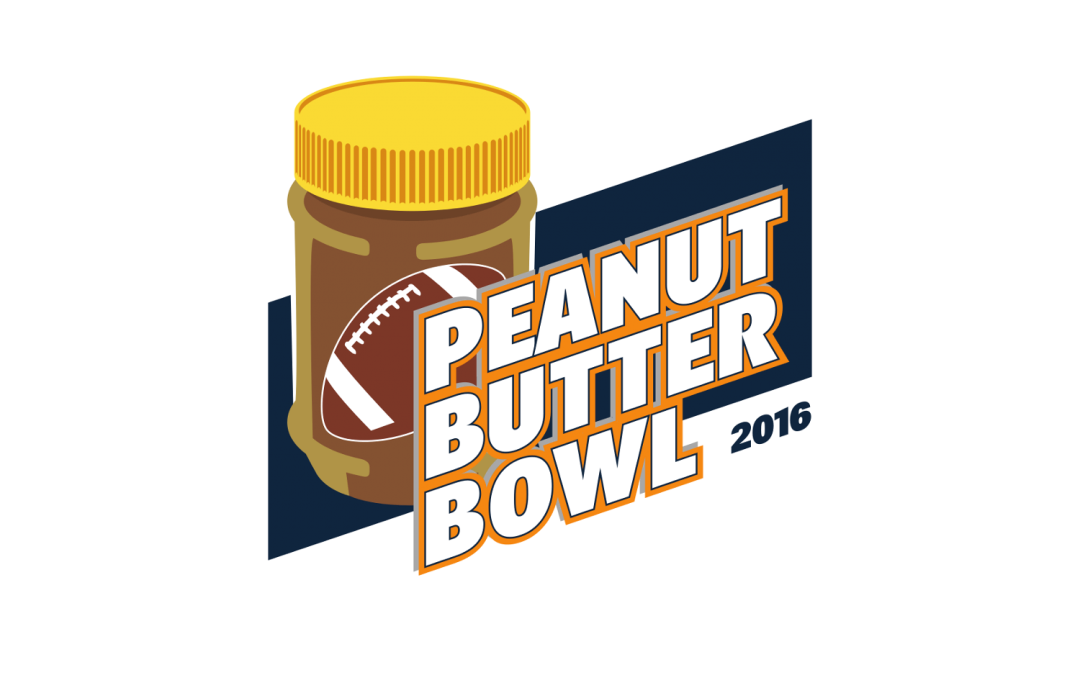 San Antonio,TX, July 27, 2016 The Peanut Butter Bowl will be the name of the high school football game between the Johnson Jaguars and the Brandeis Broncos, Saturday, 7pm, August 27, at Farris Stadium (NISD).

A press conference will be held Friday, August 5, 1pm on the Farris Stadium (NISD) football field with Coach Jeff Fleener of Brandeis and Coach Ron Rittimann of Johnson and their wives and players announcing the Peanut Butter Bowl.

The Johnson Jaguars and Brandeis Broncos communities, students, players, will collect and donate as many Peanut Butter jars (16 oz-18 oz creamy) as possible leading up to the game itself to benefit Snack Pak 4 Kids (San Antonio) as they feed chronically hungry children in San Antonio. Student and volunteer groups from both schools will collect peanut butter at designated areas outside the Farris Stadium entrances and both schools plan to offer multiple opportunities for peanut butter collection before the game itself.

Johnson Head Football Coach and Athletic Coordinator Ron Rittimann and his wife Patti will help get the word out to their community and plan to have collections at Meet the Jags Thursday August 18 at Johnson High School, and in the Johnson Welcome Center leading up to the game and the game itself. Coach Rittimann said, “We are excited along with the Johnson community to join together with Brandeis and collect as many jars of peanut butter as possible for the hungry kids in San Antonio. Every jar will help so come to Farris on 8/27 and bring a jar… or two.”

Brandeis Head Football Coach and Athletic Coordinator Jeff Fleener and his wife Katy will help get the message out to the Brandeis community and also plan collections at their Meet the Broncos event Thursday August 18 at the high school and a marching band event to be announced. Coach Fleener said, “We are excited and honored to take part in this event with for Snack Pak 4 Kids along with Johnson High School. There is so much history with the Brandeis and Johnson communities: both schools opened in 2008, we have played 10 times in both the regular season and playoffs, and even more special is the relationship between Coach Rittimann and myself since I played for Coach Rittimann in high school.”

Collections are also planned at the Junior Varsity and Freshman football games between the two high schools.

About Snack Pak 4 Kids: Leslie Kingman for more info (Leslie@SP4KSA.org or 210-831-4499) about how Snack Pak 4 Kids currently feeds 1,000 chronically hungry kids each year in the San Antonio area. It is estimated that there are between 12,000-24,000 chronically hungry children in the greater San Antonio area. Leslie can indicate how their organization provides name-brand snacks and how they supplement that with 1,000 jars of peanut butter each month (which is where the Peanut Butter Bowl gets to help!).